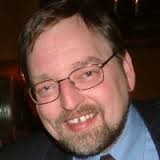 After 9 years, with a short interruption, I leave as your caretaker VMHP Chemicals and Coatings. It fits to reflect about the past period.

As a union of employees we were in the middle of many developments. When I lined up in 2011 there was just a life-size conflict, where on a mass scale the principle CLA agreement was rejected. The pension arrangement plaid an important part. After almost 10 years it is still the pension that exercises many minds.

Unfortunately a lot has changed in the labor relations. As AkzoNobel was 10 years ago a company heading the developments in HR, that ambition is gradually completely lost. AkzoNobel and Nouryon are now belonging to the middle. The ongoing dismantlement of AkzoNobel for sure plaid a role. After earlier saying good-bye to pharma, fibers, catalyst and resins, by splitting into a Chemicals and a Coatings company AkzoNobel left its roots. Now Nouryon is the embodyment of this chamicals company, although this will not remain in its present shape for a long time. It won’t take years before major parts are resold.

Recently labor conditions were reached in a sphere of distrust and hostility. The way STI was palmed off by Nouryon on us as Union of Middle and Higher Personnel is crowning and shows little respect for this important group of employees. Let alone the way this STI-arrangement now becomes a kind of blue-eye arrangement where under the cover of “discretionary authority” arbitrariness seems to reign. The dismissal with the blessing of the employee’s participation of part-time management secretaries, since part-time is troublesome for their boss, is a gloomy low.

Last years it took a lot of effort and actions by employees to reach CLA’s. After the last actions around the pension arrangement AkzoNobel had still a bone to pick with the trade unions and refused for more than a year to pay the normal trade union contribution. As far as I know this didn’t happen before in The Netherlands.

So altogether my successor, Jan Admiraal, doesn’t start under the best constellation. Still there is hope. Last years many employees left the unions with the idea that all is well arranged and the union contribution can better be used for other things. Unfortunately we see that this has a direct effect on the social policy of the employers and politicians. Without noise the 3rd WW-year vanished and the cantonal judge formula at dismissal was abolished and replaced by a compensation of only a third. So protection against forced dismissal is impaired, since the cost is not interesting anymore. In addition the law concerning dismissal reasons became less rigid.

Like indicated before we see within the labor conditions more and more arrangements, where the employer has its say alone. We notice that also a number of well observant employees are struck by the heaven on earth for the employer, by absence of sufficient counter-pressure.  Last year we see an increasing number of new member registrations. Unfortunately also members are gone, losing their job by the many reorganizations. Anyway there seems to be a swing back.

Hopefully this awareness has a positive influence on the labor relations. Fixing one CLA is always easier than 1600 individual labor contracts. So it should also for the employers be interesting to invest in it.

In short never a dull moment at AkzoNobel and Nouryon.

I wish everyone a successful future. Except for still some activities as pension consultant I’m going to change my way of living. Thanks for the nice cooperation and the many pleasant contacts I had with our members.

About the Author: Wilma van Son